Golden Misabiko, laureate of the “Nuclear-Free Future Award”, sees the environmental convention as an opportunity to exchange ideas with other environmental activists and draw attention to the illegal uranium mining in Congo. The internationally known human rights activist revealed in 2000 that the former government of the Democratic Republic of Congo had eight alleged rebels executed without trial. Misabiko was then imprisoned, tortured, and partly held in isolation for seven months. Following this, he went into exile to Sweden for two years. After his return to Congo he was again threatened, tortured and arrested. However, all these intimidation attempts did not prevent him from publishing a report on illegal uranium mining in five mines in 2009. The report also revealed the involvement of politicians and military personnel. Misabiko was arrested again. Amnesty International put his case on the “Urgent Action” list and on August 25 in 2009 Misabiko was released on bail and was able to leave for South Africa.

Tsetsegee Munkhbayar, founder of the “United Movement of Mongolian Rivers and Lakes” and winner of the “Goldman Environmental Prize”, will participate for the first time in the environmental convention. He had to serve a two-year term of imprisonment for his commitment to protect the waters in Mongolia from the dehydration and pollution caused by gold and copper mines.

Oleg Bodrov, former chairman of the NGO Green World and laureate of the “Nuclear Free Future Award”, was also prosecuted by authorities in his home country for his environmental activities. In 2015, his NGO had to pay a fine to the Russian Ministry of Justice because he 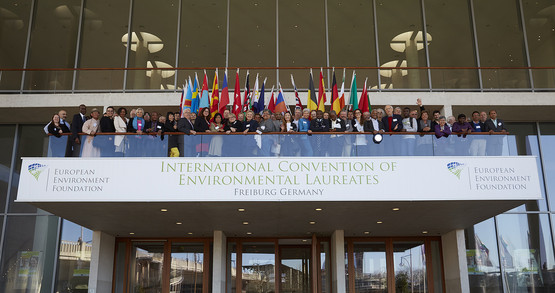