Bianca Jagger calls for climate justice for the world's poorest

At the 4th International Convention of Environmental Laureates in Freiburg, the human rights activist Bianca Jagger called for concrete support for climate refugees and better protection of forests and indigenous peoples.

Basel / Freiburg, 15/03/2015 – “Climate change will affect everyone, everywhere, in every nation and in every echelon of society in the developing and developed world.” With these words Bianca Jagger opened the 4th International Convention in the fully packed hall of the Historic Merchants Hall in Freiburg, where over 100 environmental award winners from all over the world met from March 12 to 15. “But some of the most vulnerable communities in the world are bearing a disproportionate burden of the harm without having significantly contributed to the cause. This is a terrible injustice.”

The human rights activist Bianca Jagger – winner of the alternative Nobel Prize and founder of the Human Rights Watch Foundation – explained what climate change actually means and impressively showed her colleagues from around the world the consequences. Millions of people around the world do not know what lies ahead of them because the fields, from which they have been feeding themselves and their children, have dried up and are not producing any harvest. Some need to leave their homes because storms destroyed their towns and villages. Others know they have to leave their homes, where they still live today, because the sea level will probably rise by  one-half meter to one meter until 2100.

If climate change leads to an increase of the average temperature on Earth by 3 or 4 degrees or even higher, large parts of humanity would be exposed to disastrous living conditions and literally left with nothing. Even today, many people who live in particularly sensitive areas – for example in the Himalayas, the Andes or the countries south of the Sahara – have to leave their homes. “The world responds to that primarily with more border fences”, says Bianca Jagger. “Today there are five times as many border fences than 25 years ago.”

One of the main tasks is to stop deforestation. Logging and deforestation do not only generate tremendous amounts of greenhouse gases, but the destruction of the rainforests in Africa and South America also destroys the livelihoods of indigenous peoples. The agreement 'Reducing Emissions from Deforestation and forest Degradation' – in short REDD – has been negotiated for years, but there is still no result in sight.

“Put your political leaders under pressure so they are finally ready to sign an agreement that makes climate change controllable”, appealed Bianca Jagger. “Government officials, politicians, entrepreneurs, environmentalists and conservationists, all of you are called upon to do everything you can.” After the rather unsuccessful climate conferences in the past, an agreement like this must be passed until the end of this year at the COP 21 in Paris. “We still have the time for it!”

Background:
Organizer of the “International Convention of environmental Laureates” is the European Environment Foundation. The foundation, established in 2011, will give new impetus to environmental and climate policies. The foundation has set itself the goal of promoting communication and professional exchange between society, politics, research and economy around the globe and across all disciplines. Founders and directors of the foundation are Dr. Bernd Dallmann and Dipl.-Ing. Rolf Hiller. The board of trustees is made up of 16 well-known personalities from the field of environmental and climate protection and is chaired by Prof. Dr. Eicke R. Weber, the director of the Fraunhofer Institute for Solar Energy Systems. 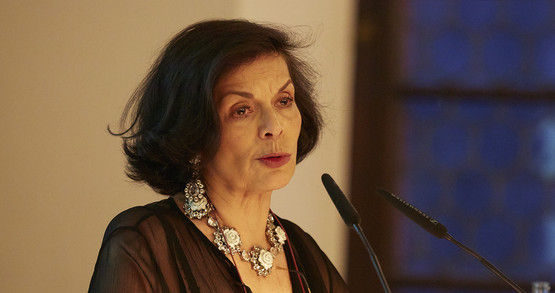