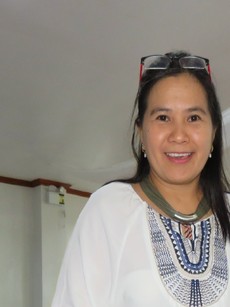 Since 1998 Indira manages the Philippine Cockatoo Conservation Programme (PCCP) that aims to save the Philippine Cockatoo from extinction. Mainly worked on winning community and local governments to embrace conservation and become active partners in its implementation. The PCCP covers currently four sites in Palawan with engaged local partners through warden scheme, capacity development, conservation education, protected area establishment and management among others. This engages four different ethnic groups within the island. With happy disposition, Indira enjoys the company of people and learning from them. She implemented the first Pride Campaign in the Philippines in Dumaran, Palawan in 2003 that helped declare two local Cockatoo Reserves and currently implementing the restoration of lowland forests within a newly declared Critical Habitat. She had led several biodiversity surveys and community actions to include the opposition of a coal-fired power plant proposed to be constructed in close proximity to Rasa Island Wildlife Sanctuary, a pilot PCCP site.

Please log in to EnviroNetwork to send a message
< Back