Iribarren’s work focuses in the Delta del Parana Biosphere Reserve. Here, he supports local islanders through education to sustain native plants and forests. His background is in biology but he now works in transdisciplinary research, combining natural sciences with social science. In 2011 Luciano won the UNESCO MAP Young Scientist Award, and in 2015, the Sultan Qaboos Prize for Environmental Preservation.

How would you describe yourself?

I studied biology because I have a special relation with nature, but as a scientist I realise that technical science is not enough to save the Earth. This is a big part of the problem. So I started to study education and social sciences. I recently finished a PhD in Environmental Education.

What is your mission?

My mission is to protect my people and land, to recover the voice and wisdom of my South American indigenous ancestors and the ancient European wisdom which is also part of my family. To reconstruct scientific knowledge. Local knowledge can be a basis for producing new kinds of scientific knowledge.

Tell us about an exciting project/initiative you are working on that you would like to share with the world?

I am now working in a transdisciplinary initiative, Parana Delta Wetlands Observatory. Working with transdisciplinary groups is very exciting. These groups are composed of several academic teams from different public universities from Argentina. They include natural and social scientists and, most importantly, local people and organisations. This is unusual in most countries.

The initiative is built around a big environmental conflict, in Colony Park, where a company wants to build in the Delta. We work with the islanders. More than 40 families were forced out and they destroyed a huge area of wetlands. The population is very dispersed, but it is a large territory with special meaning to the people. The Park may open the way to a lot more development. They destroyed the future of the wetlands and changed the course of the river.

Several academic and local groups have brought media and public attention to this issue. A legal battle started and Colony Park was ordered to repair the damage. This was a big victory for the local campaign. However, the Colony Park initiative is trying to start again and we are working together to stop them from. Here in Argentina we seem to be going backwards. But there are a lot of prestigious institutions working with us. I think as laureates, we can do a lot.

What does it mean to you to be an environmental laureate?

In short, it means that we dedicate our lives to care for the environment. It also means acknowledgment for my work over the years. This has a very special meaning to me as I have recently lost my mentor and friend, Dr Fabio, who introduced me to environmental research. He generously offered my friend and I the laureate position.

Much more importantly, being named a laureate empowers and acknowledges the people I work with, especially the islanders of Parana Delta, the teachers and children at schools that are dramatically affected.

What do you think is the potential if we unite environmental laureates to collaborate together?

When I was invited to ICEL 2016, it got me thinking about what a good idea this is, how can learn a lot from each other. I met a lot of interesting people from around the world, all with different realities, cultures and issues.

What are the top three issues you would like to address?

I only want to address one issue, which is not particularly related to my work in the wetlands.

We are currently very concerned about the human rights of indigenous peoples. Some time ago, a young artisan named Santiago Maldonado disappeared. He was supporting the indigenous people against the company and government. He was captured and went missing in August. He was found dead in October. We are appealing to stop this violence, and give back the land that should never have been taken away. What are the benefits of being part of a bigger organisation and collaboration such as EEF?

In EEF, I can connect with environmentalists from all over the world. I can share information about our goals and global issues. Meeting in person is the most effective way to really work together.

I found the 2016 event had a very interesting focus. We frame the big issues in a very different way in Latin America. At the meeting, the big concern was climate change, while in Latin America this is not seen as so important. We focus instead on human rights and environmental problems. This made me consider that perhaps we do not always pay attention to the most important issues.

How would you encourage young people to get involved with the movement?

I think that young people are different from other generations in that they know environmentalism is very important. Yet they don’t know the satisfaction of learning about it and remedying the situation.

What is your big hope/ambition for the next 10 years?

With the Wetlands Observatory, I hope to restore the wetlands as a place to live, visit and learn, for people from all over the world. In addition, I would be happy to go to Freiburg and to invite colleagues from EEF to help with construction. 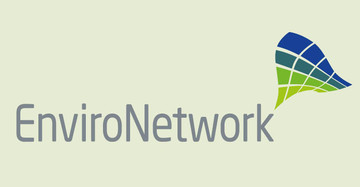